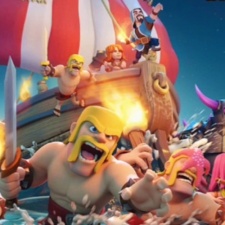 Supercell’s Clash of Clans had its best month in terms of revenue for two years in the month of June 2019, according to Sensor Tower.

The free-to-play strategy title made approximately $76 million across the App Store and Google Play from worldwide spending.

This increase in revenue seems to have originated from the introduction of a season pass subscription at the start of June, giving the game its highest-earning month since June 2017.

Players in the US contributed the highest portion with $37 million or 47 per cent of the overall total grossed. Following this, was Germany users that spent just over $6 million or 8 per cent of revenue, while China ranked in third by bringing in $4 million which equalled to 5 per cent.

Since launching in January 2014, Supercell’s prized asset has been downloaded more than 621 million times, totalling an overall revenue of $6.2 billion.

With the title continuing to make hand over fist, Supercell recently confirmed that it will be taking its $1 million Clash of Clans World Championship to Hamburg on October 25th to 27th.