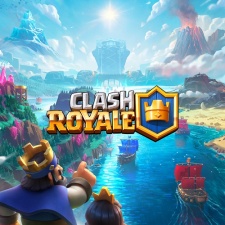 According to Sensor Tower, Clash Royale accumulated $42.5 million from player spending across the App Store and Google Play for June 2021. The last time the game’s revenue exceeded this figure was in July 2019, when it earned $46 million. The revenue for June 2021 represents a two-times increase year-over-year from June 2020.

The boost in player spending has coincided with the addition of new in-game 'magic items' in March 2021, allowing players to upgrade and obtain cards at a faster rate.

June was also an impressive month for downloads for the title, picking up 5.5 million downloads - the best since September 2020. The increase in installs can also be attributed to the surge in player spending.

Clash Royale generates consumer spending via the sale of varying quantities of in-game currency, different arena packs and a season pass known as Pass Royale. The latest one, known as Cruise Royale, was its 26th season pass to date.

We recently spoke with Supercell’s game lead Frank Keienburg about the secrets behind the success of the $1 billion earning Brawl Stars.