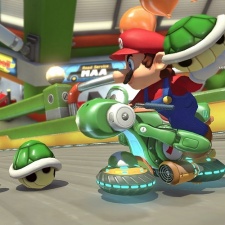 An unofficial Mario Kart go-karting company in Japan has been ordered to pay Nintendo ¥50 million ($458,000) in damages for intellectual property infringement.

As reported by Jiji Press, Nintendo originally won the ruling at Tokyo District Court against the company in October 2018, with the go-karting firm being forced to pay out ¥10 million ($89,000) in damages to the Switch makers.

This number has now increased by five times after the Intellectual Property High Court raised the amount owed.

"Extremely exciting and a must-have experience when you visit Tokyo Japan," reads the go-karting website.

"Just imagine yourself on a custom made go kart specifically tailored to realise the Real Life SuperHero Go-Karting experience! Dress up in your favourite character costume, playing the music of your choice and driving through the city of Tokyo.

Alongside the fine, the court ruling states that the firm can no longer use the name "Mari" as well as any other associated terms to Nintendo's products.

Mario Kart has continued to be one of Nintendo's strongest IPs with the latest console entry - Mario Kart 8 Deluxe - surpassing 22 million in sales on the Switch.