Sensor Tower believes 40.8 per cent of user spend came from the US 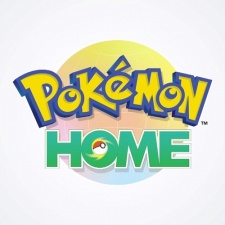 Pokemon Home has generated an estimated $1.8 million in revenue on mobile in its first week of release.

The data comes from Sensor Tower, which claims that the app's user spend represents 94.7 per cent of all mobile revenue for the Pokemon Company from February 12th to 20th.

Players in the US have spent the most, representing 40.8 per cent of revenues. Japan and Great Britain take second and third place with 35.8 per cent and 3.7 per cent of the revenue share respectively.

These revenues have been generated from an estimated 1.3 million downloads around the world. Again, the US saw the most users, with an estimated 444,000 downloads, or 34 per cent of the overall figure.

Pokemon Home features three different subscription tiers at $2.99, $4.99, and $15.99, and it is unclear how many paying players have chosen each tier. It is also unlikely we will ever see official figures from the Pokemon Company later down the line.

Pokemon Home launched on mobile and Switch on February 12th 2020. The service allows users to move and store Pokemon from many of the games in the series. Pokemon Go compatibility is set to be added in the future.