A move for dismissal was denied 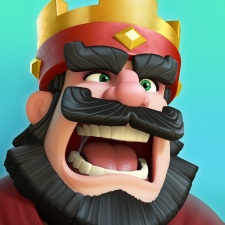 Supercell's move to have Gree's latest infringement lawsuit dismissed has been denied.

Japanese developer Gree has sued the Finnish company, claiming that it has infringed on its patents with Clash Royale and Brawl Stars. It's a claim that Supercell strongly denies, as it did back in 2018 when Gree first attempted to sue the developer, a case that the Clash of Clans creator won.

However, on this occasion, judge Roy S. Payne stated that he would not approve Supercell's request for dismissal. The Finnish firm claimed that "distribution of software to users" is not sufficient enough to infringe upon the patents.

Supercell has seen great success with Clash Royale; recently, the real-time strategy title hit $3 billion in lifetime revenue. Meanwhile, Brawl Stars proved to have a successful launch in China last month after it generated $17.5 million in its first week.

See you in court

"In sum, Gree has presented sufficient evidence to raise a genuine issue of material fact as to each type of claim and corresponding infringement theory. Therefore, the Court Recommends that Supercell's Motion be denied."