Generates $158.2 million in revenues for the month 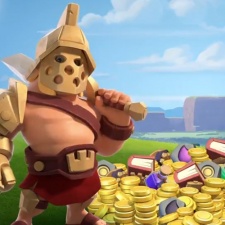 Supercell's Clash of Clans had its best single month for revenue in its entire seven-year life in December 2019, according to SuperData.

The market intelligence firm claimed that last month, Supercell's game generated $158.2 million in revenues, largely thanks to content updates and holiday sales. These also helped boost the game's MAUs and conversion rates, though exact estimates were not shared.

As one might imagine, this also meant that Clash of Clans was the top-grossing game of the month, ahead of Honor of Kings and Candy Crush Saga in second and third respectively.

The top ten grossing games for December 2019 were as follows:

Clash of Clans was rejuvinated in 2019 by the launch of its Gold Pass subscription, which is estimated to have generated $27 million in its first week of service. 2019 was also the first year that the game saw a year-on-year increase in revenues since 2015.

Supercell's other titles also continue to be wildly successful. New IP Brawl Stars is estimated to have generated $422 million in revenues in its first year of release, outgrossing both Clash of Clans and Clash Royale in Asia.

Supercell revenues drop to $2.25 billion due to lack of new games and falling sales in Clash of Clans