Brawl Stars brought in $46m despite only launching in December 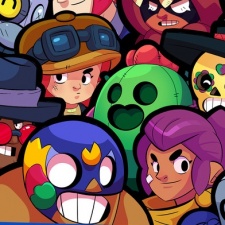 Finnish developer Supercell made $1.4 billion in 2018 through player-spending, according to estimates by mobile intelligence firm Sensor Tower.

Leading the way was 2016 release Clash Royale, which took in $597 million last year. Clash of Clans, meanwhile, took in $567 million for the year.

Finnish-ing the year on a high note

Supercell’s newest addition to its portfolio Brawl Stars took in $46 million for the year, despite only releasing in December.

That performance put the three-on-three shooter narrowly behind Clash Royale for December performance, with the tower defence title bringing in $49.8 million.

According to Sensor Tower, Brawl Stars is now on track to gross more than $60 million in its first 30 days of availability.

Brawl Stars had initially spent 544 days in soft launch, with the call to release it globally coming from the developers themselves. As Supercell CEO Ilkka Paananen told us in a prior interview, it's an instance of the studio's developer first approach that empowers games creators.

Sensor Tower's 2018 estimate represents a vivid drop from the $2.25 billion Reuters reported the Finnish giant had made in 2017, with even that figure being down 14 per cent year-on-year. It should be noted though that those were official figures rather than estimates and actual 2018 sales are expected to be announced next month.

It remains to be seen if Brawl Stars can be that spark for Supercell and there could be some possible inconsistency between Supercell's actual numbers and the numbers estimated.

However, with Supercell's yearly financials soon due, the situation should become more evident.