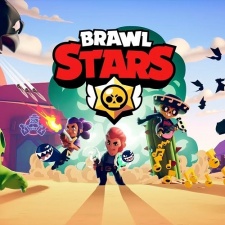 Supercell's multiplayer mobile shooter Brawl Stars has seen a rise of 35 per cent in downloads amid the ongoing coronavirus pandemic.

Data provided by app analytics firms App Annie show that weekly downloads for Brawl Stars, Supercell's most popular game, increased during the week of March 15th compared to the weekly average throughout 2020.

As a whole, mobile games have consistently been growing with weekly installs up 25 per cent across the board compared to the weekly average for the year.

Revenue data pulled from Sensor Tower also pointed to Brawl Stars seeing a jump by 40 per cent to $8.4 million for the week of March 16th compared to the week prior. However, this was only up by eight per cent for the week of February 24th, 2020.

Apart from the coronavirus, it's possible that the recent surge was down to the introduction of Gadgets in the game last week.

Boom Beach was another title from Supercell that saw a revenue increase over March 16th, with the real-time strategy game growing by 21 per cent week-on-week.