PGC Digital: The state of play in the MENA market

"The market is going to grow more. Because people here like to play games" 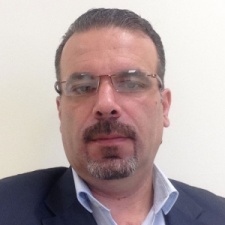 The Middle East and North Africa (MENA) market has been on the rise in recent years.

As part of the Marvelous MENA track at Pocket Gamer Connects #4, Steel Media CEO Chris James and King Abdullah II Fund for Development - KAFD programme and initiatives manager Amjad Alloush had a fireside chat. The pair looked at the state of play in the MENA market.

Jordan Gaming Labs was established in 2011 and is full of equipment and teachers to prepare the younger generation. Through doing so, it allows those that want to get into the gaming space to have the necessary skills.

There are seven locations that feature a games lab. As such, a wider range of people can be reached, aiding the growth of the games industry in Jordan.

Furthermore, there is a mobile lab that acts as an education centre that moves around to reach a further audience.

"Most of the Jordan community is young people. They like using technology, such as mobile and other devices," said Alloush.

In Jordan, not only are the younger generation keen on games, but there is a good ratio of both men and women that have an interest in the games industry.

"As for gender balance, it is not new. Many organisations are providing equal opportunities. Maybe it's because we have a balance in gender," said Alloush.

"We have a number of developers. We have development studios. We have publishers,"

Jordan's games industry is on the rise, over the years, it has seen an increase in developers, which has led to development studios.

Alloush claimed that "it is interesting to young people" that they now get to create the game as opposed to just playing a title.

"The market is going to grow more. Because people here like to play games," said Alloush.

Furthermore, the use of mobile is increasing and spreading, offering a wider range of people the chance to get involved with games.

Moreover, there is a crucial aspect to those that get into the creation of games. Developers across the MENA region have the advantage of understanding the culture. It serves as an important asset that can aid the development of games.

"You can learn the language, but it is not easy to learn the culture," said Alloush.