The game has generated $644 million in lifetime revenue 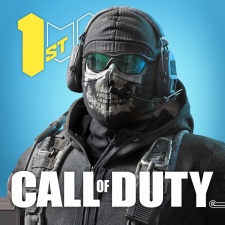 Call of Duty: Mobile has generated $14 million within its first week of release in China, according to Sensor Tower.

The mobile shooter officially hit the Chinese App Store on Christmas Day, after having racked up more than 46 million pre-registrations by October 2020.

In its first week of launch, Call of Duty: Mobile took fourth spot on the charts in China. The only games in front of it were Honor of Kings, Game For Peace - a localised version of PUBG Mobile - and NetEase’s Fantasy Westward Journey.

Moreover, during that same period worldwide, Call of Duty: Mobile generated $25 million via player spending. Thus, it ranked in ninth spot among the top-grossing games.

However, between its October 2019 launch and December 31st 2020, the FPS has accumulated almost $644 million in lifetime revenue.

The US has proven to be its most lucrative country as it accounts for around $287 million of its total earnings. Meanwhile, Japan and Germany sit at second and third respectively.

The majority of Call of Duty: Mobile’s revenue has come from the App Store as the storefront accounts for 61 per cent of its earnings. This leaves the final 39 per cent to come from Google Play.

Call of Duty: Mobile has more than 46 million pre-registrations in China