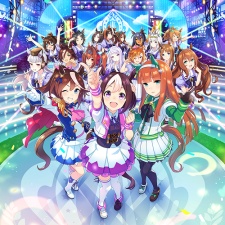 Honor of Kings has earned $259 million in player spending to top April 2021 as the highest-grossing mobile game worldwide.

According to Sensor Tower, the hugely popular MOBA from Tencent has continued to see a rise from player spending, with 38 per cent more being contributed over the same period in 2020.

Unsurprisingly, the bulk of revenue was attributed to those in China (96 per cent), while Thailand (1.7 per cent) and Taiwan (1.2 per cent) users made up the remainder.

Tencent again secured second spot, thanks to PUBG Mobile earning an estimated $238 million in gross revenue. China accounted for 60 per cent of that figure and the US followed at close to 11 per cent.

The biggest upset this month came in the form of Uma Musume: Pretty Derby from CyberAgent, a Japanese horse racing game that placed third.

After originally being announced in 2017, the mobile title went live in February and is off to an incredibly strong start.

After reporting a 140 per cent rise in revenue across Q1, Roblox ranked in fourth position for the month of April.

In descending order, the remaining top 10 was made up of Rise of Kingdoms, Candy Crush Saga, Clash of Clans and Garena Free Fire.

Sensor Tower also noted that player spending was up 50 per cent year-over-year in 2020 to $2.6 billion as a result of the pandemic. That climb in numbers has continued into 2021, as Honor of Kings closes in on $1 billion revenue from January to April alone.

The Chinese market has continued to surge under the pandemic, though it's not the only one. A recent report stated that 20 mobile games in the top 100 most downloaded titles in the US originated from Turkish studios.

Not to mention, mobile games revenue is predicted to push Brazil's total revenue to $2.3 billion in 2021 as the country similarly has seen an increase in players over the last 12 months.