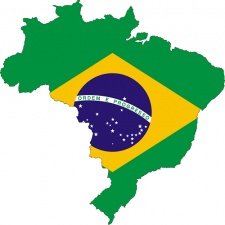 Mobile games revenue is predicted to push Brazil's total revenue to $2.3 billion in 2021.

The forecast was made by market insight firm Newzoo at Brazil's Independent Games Festival, where the mobile platform is believed to contribute $1.1 billion.

This represents a 47 per cent increase over the previous 12 months.

Players on console followed in second position at an estimated $657 million, dropping by 0.2 per cent year-on-year and making up 29 per cent of the population who play games.

PC was third, making up the remaining $556 million, or 24 per cent of the market.

In 2020, Brazil was confirmed as being the 13th largest video game market globally and the second in Latin America.

This new analysis states that Brazil will become the largest games market by games revenue in the region, alongside moving up to 12th globally.

Breaking down what devices players on mobile are using and it's those on a smartphone that account for the largest group at 42 per cent.

Brazil's population stands at approximately 213 billion, with its global ranking only expected to grow further. For one, its online population will rise to 160 million, placing fifth worldwide.

Likewise, the total number of players will increase to 95 million with 55 million (58 per cent) of that group being classed as "payers".

Newzoo also predicted that cloud gaming is set to accumulate $1.4 billion this year.

We recently spoke to Brazillian developer PixelHive surrounding the launch of Kaze and the Wild Masks on Nintendo Switch.