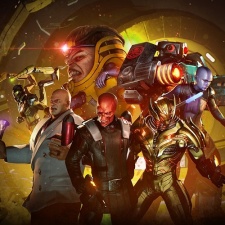 Update: Netmarble has confirmed that Marvel Future Revolution will launch on August 25th, 2021.

Next to this, a number of costumes inspired by the comics will be available to those who pre-register. This includes:

Marvel Future Revolution will launch simultaneously across both iOS and Android, with a soft launch currently ongoing for players on Android in Canada.

Original Story: Netmarble has revealed that Marvel Future Revolution will release on mobile in the second half of 2021.

As confirmed to PocketGamer.biz, the upcoming free-to-play open-world action RPG based on the popular Marvel comics will officially roll out worldwide later this year across iOS and Android. This follows the opening of pre-registration and a soft launch in Canada on July 2nd, 2021.

Developed by Netmarble Monster, Marvel Future Revolution is the second collaboration between Netmarble and Marvel Entertainment, and a successor to the action-RPG Marvel Future Fight. The game originally launched in April 2015 and has been played by more than 120 million people globally.

As agents of the newly formed ‘Omega Flight’ Super Hero team, players will work together to battle an onslaught of supervillains and defend the ‘Primary Earth’ from a never-ending series of threats.

"Working with a world-class IP like Marvel has enabled us to roll out unparalleled mobile gaming experiences over the years, and Marvel Future Revolution will catapult franchise fans to an entirely new level," said Netmarble US president Simon Sim.

According to a leaked app page listing, Marvel Future Revolution will release on September 30th, 2021. Netmarble was unable to comment on this.

Netmarble will be looking to replicate the success it found with Ni No Kuni: Cross Worlds, with the game recently surpassing $100 million in player spending within its first 11 days of launch.

Last week, Marvel partnered with mobile collectables app VeVe to release a series of NFTs based on the characters and comics.