The League of Legends creator plans to expand its reach 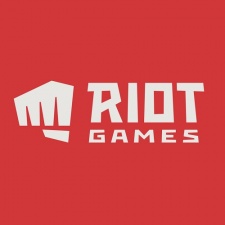 Best known for the MOBA League of Legends, Riot Games’ new Shanghai location will focus on the development of new IP. The company will be scaling to maintain over a hundred developers and expand existing IP globally.

Riot Games is a wholly-owned subsidiary of Chinese conglomerate Tencent, which purchased a 93 per cent stake in the company back in 2011 for $400 million, followed by the other seven per cent in 2015 for an undisclosed amount.

According to Niko Partners, League of Legends is the number one PC game in China with 325 million players. The company’s popularity amongst the Chinese market is a likely reason for the development of the new studio. Not to mention the upcoming launch of League of Legends: Wild Rift on mobile that has helped push the studio to $100 million revenue on the platform.

"At Riot Games, we’re thinking player first and in China, we have a lot of passionate players for league of legends and riot games," said Riot Games vice president and head of China Leo Lin (via CNBC International).

"As a result of this, we would like to double down in China and continue to work not only on esports but on game development. We are very confident about the market in China and we want to be here to serve our players."

A job role for the head of studio at the Shanghai residence is now open. Those applying will be expected to lead the creation of Riot’s game development and help grow the company's IP and presence in the region. 10 to 15 years of experience in the games industry is required to be considered for the position, according to the job description.

The company has confidence in the Chinese market and will continue to work on developing both gaming and e-sports, says Leo Lin, vice president and head of China at @riotgames. pic.twitter.com/c81NZGrmTx

Through a collaboration between Netflix and Riot Games, League of Legends will receive an animated series later this year titled Arcane.