The developer currently only has three live mobile games 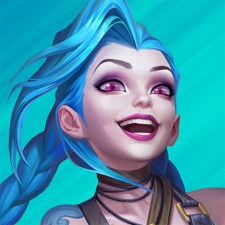 That's according to Sensor Tower data, which highlighted the company's three mobile games that have launched since March 2020: Teamfight Tactics, Legends of Runeterra and League of Legends: Wild Rift.

Teamfight Tactics, an auto chess game, was the first mobile title Riot Games released and has since generated over 15 million downloads and $27.5 million in player spending. Legends of Runeterra then released in April 2020, going on to be installed 13 million times and earning $16.2 million.

League of Legends: Wild Rift has been the biggest contributor to Riot Games' mobile revenue since launching in October 2020. Accumulating 46.3 million downloads and earning $64.7 million to date, Wild Rift accounts for almost 60 per cent of the publisher’s mobile revenue.

Gross revenue from the three mobile games reached a new high in the second quarter of 2021, generating $36.5 million -  a 50 per cent increase over the previous quarter. The overall combined lifetime revenue from the trio equals $108.4 million.

Those in the US contributed the highest proportion of player spending at approximately 26 per cent, reaching $28 million. South Korea then followed closely in second with 22 per cent before third place went to Brazil at 6.5 per cent.

In contrast, Brazil was found to be where the most mobile downloads were made at 7.4 million downloads, making up roughly 10 per cent. South Korea placed second with 9.6 per cent and the US then claimed third with 8.3 per cent.

Riot Games is looking to expand its mobile portfolio even further with plans to bring free-to-play shooter Valorant to mobile devices.

On top of this, League of Legends will receive an animated series on Netflix titled Arcane. The series is due to launch later this year.