Available on Google Play in New Zealand, Australia, Germany and the UK 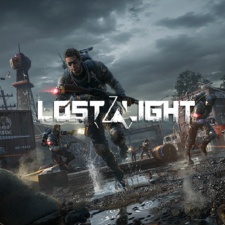 Originally revealed at NetEase Connect 2021 along with 12 other titles, Lost Light is a survival shooter set in a post-apocalyptic city.

The game initially entered into a closed beta test on April 28th in both New Zealand and Australia but has since become available in Germany and the UK. Currently, the game is only available on Google Play with plans to be launched in other locations in the future.

Players take the role of a member of Firefly Squad, tasked with surviving in the Exclusion Zone while uncovering the conspiracies surrounding the location. Players compete for resources and can choose to go it alone or work with others via a "diversified social interaction" system.

"In Lost Light, we endeavour to provide a unique yet authentic war experience to our players," said a NetEase representative.

"Conventional shooter games tend to focus on elevating the intensity of combat, but war is beyond bloodshed and carnage - it is a torrent of devastation that involves soldiers and innocent civilians. In wartime, the emotions of individuals are connected and magnified, intertwining moments of despair and hope and revealing the complexity of humanity."

"With this goal in mind, we aim to introduce these complicated sentiments into our game rather than simply providing a battleground for players to shoot and loot."

Lost Light is available in Australia, Germany, New Zealand and the UK on Android devices only. No official release date has been shared at the time.

We recently spoke with NetEase producer Chao Luo about how Frostpunk: Rise of the City is different to every other game on the market.

Lost Light is one of several games currently in soft launch, including Apex Legends Mobile, Harry Potter: Magic Awakened and Marvel Future Revolution. Head on over to our soft launch feature for the full list.