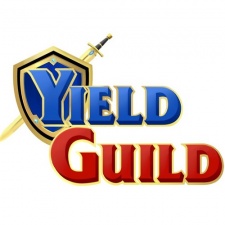 Based in the Philippines and co-founded by Beryl Li and Altitude Games CEO Gabby Dizon (plus another anonymous founder), Yield Guild enables players to earn money by onboarding them to blockchain games using borrowed assets.

Its most notable success has been with the mobile game Axie Infinity, where its scholarship program has allowed 5,000 players to earn some or all of their wages by completing daily challenges and competing in PvP battles. Almost $9 million has been earned to date.

This new round follows on from previous investments with Yield Guild now having raised over $22 million during 2021. It has been deploying this money and buying NFTs in new blockchain games so it can expand its operations.

It also launched its own YGG cryptocurrency, which values the organisation at over $1 billion.

Gabby Dizon recently spoke at Pocket Gamer Connects Digital where he argued play-to-earn was going to replace free-to-play as the dominant mode for mobile gaming.

Meanwhile, fashion brand Louis Vuitton's experiment in mobile games and NFTs appears to be paying off as the title has already been downloaded over 500,000 times.