The rise of a new way to play 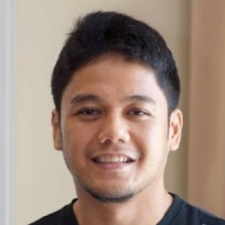 During 2020, many people in countries such as the Philippines lost their jobs so the ability to earn some or all of their salary by playing games in which they can collect rewards that can be converted to real cash - so-called 'play-to-earn' - became very important.

Yield Guild is one of a number of new entities offering such services, particularly by allowing players to borrow assets that they wouldn't otherwise be able to afford.

It has more than 25,000 gamers within its organisation, spread across more than 12 countries. It owns more than 10,000 NFTs, including land plots worth more than $1 million, and has generated around $5 million in earnings.

Dizon said Axie Infinity was currently the most popular and lucrative play-to-earn title, with players able to earn from $500 to $1,000 per month, depending how much time they spend playing and the price of the underlying cryptocurrency. Yield Guild holds assets in a dozen or so games and is looking to expand as more titles become available.

However, given the volatility in the blockchain market, Dizon warned that play-to-earn might not be a secure long-term option for people who already have good jobs.

"For people who had lost their jobs, play-to-earn was the only option for them. People with jobs should probably use it to gain supplementary income," he said.