China's Game for Peace leads the way in player spending 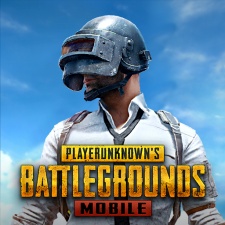 PUBG Mobile has reached a new milestone, surpassing $7 billion in lifetime player spending across the App Store and Google Play.

According to Sensor Tower, the battle royale has seen record quarterly revenue of $771 million for Q3 2021, which pushed the title over the $7 billion mark.

This year, PUBG Mobile, combined with the localised Chinese version of the title, Game for Peace, has accumulated $2.6 billion in revenue, making it the second-highest earning mobile game this year.

PUBG Mobile sits behind another title from Tencent, Honor of Kings, and above Genshin Impact from Mihoyo.

Furthermore, throughout 2021 PUBG Mobile has generated an average of $8.1 million per day and has consistently exceeded $700 million per quarter.

The majority of PUBG Mobile revenue comes from China’s Game for Peace, which accounts for almost $4 billion of overall consumer spending, or 57 per cent (third-party Android stores are not included in the analysis).

Globally, the App Store constitutes the majority of player spending at 81 per cent, meanwhile, Google Play accounts for 19 per cent.

Excluding China, the App Store represents 56.6 per cent of player spending, whereas Google Play accounts for 43.4 per cent.

Recently, PUBG Mobile successor, PUBG: New State surpassed 20 million downloads within five days since its launch and reached the number one mobile game in over 160 countries.