Focus on porting games to console after mobile release 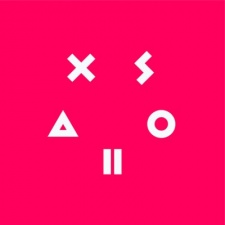 Games payments platform Xsolla has released its latest report, 'How to grow your game in India', which analyses the vast growth of the country’s games market in recent years.

In its report Xsolla indicates that the growth of the games industry in India has been led by a "massive spike" in mobile gaming.

From 2010 to 2018 the number of gamers in India rose from 10 million to 250 million, with 222 million playing on mobile as their platform of choice in 2017. Furthermore, in 2017 mobile gamers accounted for 89 per cent of the country’s total games industry revenue.

By the end of 2022 it is projected that the number of mobile gamers in India will reach 368 million, with earnings projected to reach $943 million.

Xsolla stated that rising income and low ownership of desktop computers has caused higher smartphone penetration in the country, estimated to reach 859 million in 2022.

A recent partnership between Hashcube and Pllay to create a competitive casual games platform seeks to blend these growing areas of the market.

As mobile games lead the games market in India Xsolla stated that smartphones are a "cultural point of entry into the hobby" and as it remains the dominant platform developers should consider developing games natively for mobile, and later port to other platforms.

Xsolla also advises developers to consider that the majority of mobile devices in India are "budget" devices and to tailor games to operate on lower end devices. Therefore, this places premium mobile titles at a "disadvantage" and monetisation strategies should rely on a higher number of smaller earnings, such as ads or in-game purchases.

Additionally, Xsolla suggests that free-to-play developers consider implementing a subscription model as the lower cost of a subscription is more appealing to premium titles and provides a "more dependable" revenue stream.

The Indian government recently announced a commitment to funding digital arts, including video games, in its 2022 Union Budget, and the country remains one of the most promising new markets for mobile games. The Indian games industry is in its infancy, however, and PlayerzPot's Mihir Sanchala recently spoke on PocketGamer.biz on the fundamentals of design for the player journey.