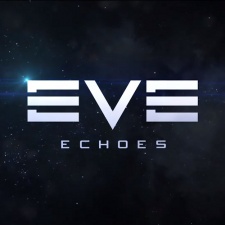 NetEase Games and CCP Games have teamed up with MMOS (Massively Multiplayer Online Science), VIB, and Ghent University to bring Project Discovery to their hit mobile title EVE Echoes. You've likely heard of it before, but if not then know that the multiplayer game is a Pocket Gamer award winner, winning Best Multiplayer Game of 2021.

Project Discovery is a “citizen science” project where thousands of players work together to process scientific data. These players are able to process this data at a faster rate than a team of scientists.

With several rounds of research conducted with the help of players around the world, the partnering companies feel the time has come to bring this unique scientific project to EVE Echoes. Previously, Project Discovery has been a big hit with EVE Online.

Project Discovery is one of many citizen science projects that have been used for different scientific endeavours, such as Borderlands 3 cooperating with MMOS to introduce a minigame that helped scientists analyse gene sequences in the human gut microbiome.

In exchange for in-game rewards, over 2 million Borderlands 3 players participated in this project. What scientists can uncover from Project Discovery in EVE Echoes can aid in numerous biological studies, helping to prevent and cure illnesses in the future. NetEase Games encourage players to aid scientific research by rewarding players who participate with amazing in-game prizes.

Previously, citizen science projects have struggled to garner participants, but implementing them into video games reinvigorates them and will attract millions of willing participants globally.

NetEase Games is deeply proud of the work that it has accomplished together on the project so far. The Chinese gaming firm recently made its entry into the Polish market, investing an undisclosed sum of money into Something Random. Not only that, but they also recently made headlines when Capcom veteran Hiroyuki Kobayashi announced he will be joining NetEase Games as a producer.