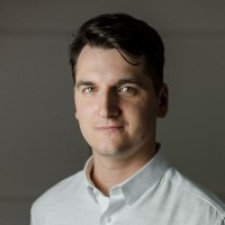 Chinese mobile games provider NetEase has made its entry into the Polish market, investing "several million dollars" into Something Random.

The Polish studio was initially set up last year and focuses on VR.

The investment from NetEase comes despite its recent 9 per cent plummet in share value, following delays in Diablo Immortal's launch in China.

The exact value of NetEase’s investment in Something Random remains unknown, and is in fact the second investment of "several million dollars" that Something Random has received; the first came via its Seed Round and was used for the purpose of developing two VR games.

The studio is expected to launch its first title sometime next year.

Based in Lodz, Something Random was originally founded by CEO Cezary Skorupka, Jakub Witczak, Anna Żurawicz-Skorupka and Piotr Goguś, all of whom contributed to the development of FPS game Superhot.

The virtual reality studio, is currently working on a debut title expected to release in 2023.

"The world of VR games has a very dynamic future, and there is a huge potential in it," said Skorupka.

"Virtual reality is an area in which we have experience, and a global investor appreciated not only our achievements so far, but above all, invested in games we are currently working on."

NetEase itself announced the founding of a new first-party studio in May 2022 and its first in the US, named Jackalope Games.