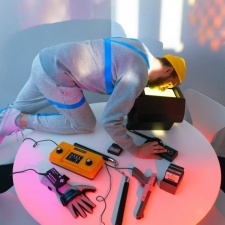 Finnish gaming company BIT ODD, founded by some of the key creatives behind games such as Clash of Clans and Clash Royale, has raised €5 million in a financing round led by Index ventures.

The studio is attempting to stand out from other developers with a focus on “the wonder and weirdness of gaming”, which they feel has been lost in recent years. To this end, the company has joined forces with Eric Seufert, who is investing through his Heracles Capital fund, and new angel investor Stephanie Kurgan.

Power of youth, wisdom of the dinosaurs

BIT ODD CEO and co-founder Lasse Louhento stated: “Like the incredible creators we’ve assembled in BIT ODD’s office in Helsinki, all of our investors share our vision of hand-crafting games from the ground up. We believe our team combines the power of the youth with the wisdom of the dinosaurs: we bring together ex-Supercellians along with a new cohort of fresh designers who inject new perspectives and ideas into the process.

“We’re all geeks and weirdos, for sure, but that generational dynamic and balance has been an incredible source of energy so far.”

“BIT ODD have assembled a first-class team and possess a clear vision that sets them apart from the pack. Their sense of quirkiness, fun and creativity taps into something that’s fallen out of focus in gaming. Along with their track record of making genre-defining, break-out hits, we believe their first release will be something extraordinary,” said investor and round leader Sofia Dolfe.

Seufert's $10 million investment fund, Heracles, was itself supported by Supercell, which has itself been supporting numerous games studios including Trailmix and Channel37.