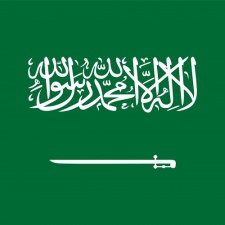 This strategy will contribute to Vision 2030, a program which intends to “diversify the economy, create new jobs in various sectors, and provide world-class entertainment for citizens, residents, and visitors alike,” states the Saudi Press Agency (SPA).

The strategy aims to place Saudi Arabia as the global hub for the gaming and esports sector. By 2030, it’s projected that the program will bring 39 thousand jobs to the country. Additionally, the gaming sector is expected to contribute $13.3 billion to the kingdom’s GDP in eight years.

“This would provide the foundational environment for developing competencies, and aiming to reach global leadership and enhance the Kingdom’s position on the international arena, through the production of more than 30 competitive games globally in the Kingdom’s studios, and reaching the top three countries in the number of professional esports players,” said Prince bin Salman.

The program will be implemented through 86 initiatives covering the entire chain, launched and managed by over 20 private and government entities.

Growth in the region

A report by Boston Consulting Group (BCG), published in January, states that Saudi Arabia is home to 23.5 million gaming enthusiasts, which is 67 percent of the national population. 90 percent of these gamers – 21.1 million people – already play esports on an amateur or semi-pro basis, with 100 gamers in the country pursuing esports as full-time careers.

“Despite the kingdom being a relatively recent entrant to this space, the industry is vibrant and fast-growing, nevertheless. Passionate gamers are primarily powering its growth and popularity at present, and it is more than feasible for them to embark on full-time careers and become involved on the international stage. Yet first, key barriers concerning aspiring Saudi competitors and professionals must be overcome.”