200 days on from Ni no Kuni: Cross Worlds’ global launch 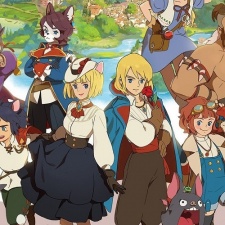 It has been 200 days since Ni no Kuni: Cross Worlds launched globally, and developer and publisher Netmarble is commemorating the milestone with rewards, new content and a number of in-game events.

Available on iOS, Android and PC with cross-play compatibility, Ni no Kuni: Cross Worlds has been developed based on the Studio Ghibli and Level-5 RPG series. Whilst originally released in Japan, South Korea and Taiwan in 2021, the worldwide launch wasn’t until May of this year.

Ni no Kuni: Cross Worlds has since won the Google Play 2022 Best Of award for Best Story in Brazil, Mexico, LATAM, Thailand and the Philippines.

Among the newly added content in-game is Cross Field, a mode that matches servers for one-on-one competition between players – tasked with hunting one another for materials needed for the Spacetime Cube power-up system. Materials can be obtained by occupying buffing towers or by taking down Cross Field’s boss.

Last month, fellow Netmarble title and a sequel to Seven Knights, Seven Knights 2, celebrated its first anniversary. Although not one of Netmarble’s top-earning games in recent times, the franchise has been expanding, as in the case of Seven Knights Revolution releasing in South Korea.

Also in November, Netmarble revealed its Q3 financials with a noteworthy revenue increase. The company generated $511 million in revenue in the quarter, an increase of 14.4 percent compared to Q3 2021 or 5.1 percent in comparison to Q2 2022. Of its game catalogue, Marvel: Contest of Champions was the biggest individual contributor to revenues at 11 percent. Ni no Kuni: Cross Worlds contributed 8 percent of revenues.