Casual games found to be Netmarble’s most lucrative genre 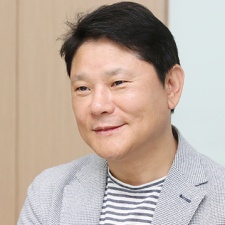 Korean publisher Netmarble has released its financial report for the first quarter of 2022, reporting a fall in EBITDA, in stark contrast of its revenue increase of 10.7 per cent year-over-year to $524.2 million.

Of global sales, 84 per cent came from overseas markets ($439.5 million) with 49 per cent being from North America. Korea and Europe were the second and third-biggest territories for revenue, accounting for 16 per cent and 12 per cent respectively.

The Netmarble portfolio has diversified with revenues coming from various genres – casual games being the most lucrative, contributing 48 per cent of the company’s revenue. RPGs were Netmarble’s second most successful genre of the quarter, providing 21 per cent of revenue. MMORPGs were a close third, meanwhile, with 19 per cent.

There was also an even distribution in the first quarter’s top-performing titles. Marvel Contest of Champions and Cash Frenzy each brought in 9 per cent of the total revenue, whilst Jackpot World, Lotsa Slots, The Seven Deadly Sins: Grand Cross, and Ni no Kuni: Cross Worlds represented 7 per cent of revenues each. Netmarble’s remaining portfolio contributed towards the rest of its income.

However, the EBITDA for Q1 was down by 43.1 per cent year-over-year to $37.9 million and by 62.2 per cent quarter-over-quarter. The company’s operating loss is $9.9 million as net losses are now $43 million, results fitting the industry trend of the first-ever downward turn in revenue this quarter, as reported by Sensor Tower.

"The continued growth in overseas revenue helped to offset delays in our development schedule this quarter, combined with the strides we’re making in developing our IP into new games," said Netmarble CEO Kwon Young-sik.

"As we look to strengthen our business and overall position in the global gaming market, our focus moving into Q2 will be the continued development of our blockchain and metaverse sectors, along with a range of exciting mobile and PC titles launching in Q2 and beyond, including Ni No Kuni: Cross Worlds, Golden Bros, Disney Mirrorverse, and Champions Ascension, among many more."

Huuuge recently announced its Q1 2022 results with $84 million in revenue, and The Pokémon Company reported $1.6 billion in sales for the fiscal year 2022.