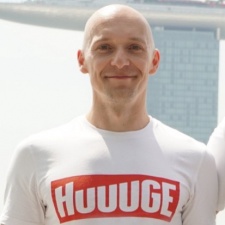 Social casino game developer and publisher Huuuge Games has released its financial results for the first quarter of 2022, reaching revenues of $84 million.

Whilst this was a decrease of 12.2 per cent from 2021’s first quarter – where $95.7 million was made in revenue – Huuuge did end support for certain titles last year prior to the addition of Time Master to its F2P portfolio this quarter.

The revenue decrease fits a trend highlighted by Sensor Tower, which noted that for the first time in history, year-over-year revenue from mobile games saw a decrease in the first quarter of 2022.

Huuuge’s adjusted EBITDA, which it defined as its result when adjusting for non-recurring events unrelated to its core activity, saw a percentage increase in the double digits; rising by 38.5 per cent year-over-year, this reached 14.4 million from last year’s 10.4 million.

Traffic Puzzle has been a focus for Huuuge this quarter, developing it into a multi-product franchise and following in the footsteps of Billionaire Casino, and the company announced a share buyback expansion earlier this week with an increase from 2.5 million shares to 6.5 million.

“During bear markets companies need to adjust their playbooks as the whole sector is shifting its pricing model from growth to fundamentals. With our core games this means driving cash generation and harvesting profits,” said Huuuge co-CEO and founder Anton Gauffin.

"In the long-term, we plan to continue seeking potential innovations in games, particularly in Web3 and blockchain technologies."

"We believe the current market headwinds will result in a structural shift that should bring better revenues and margins in the longer term as we currently position the business for sustained future growth. We see potential in Traffic Puzzle and in our Publishing arm."

Earlier, Huuuge appointed Rod Cousens as co-CEO in April this year with a focus on new projects.

Huuuge CFO Grzegorz Kania added: "Our adjusted EBITDA grew by 38.5%, to USD 14.4m despite lower revenue. This was thanks to the continued focus on profitability of our core titles.

"We are also happy that in March 2022 the Warsaw Stock Exchange lifted the CAT3 restrictions on trading in our shares. This enabled all investors to trade in our shares without any restrictions, which is excellent news."