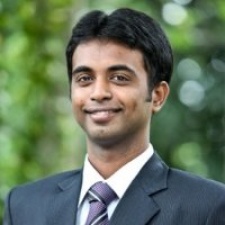 The company's remit is to localise games developed by other companies, particularly those outside of India, and release them to the Indian market.

The studio has already launched one title, the Japanese-made RPG Avatars Clash: Comet on Mahaar.

It's an intriguing proposition and certainly one that got our Indian Mavens talking about the viability of its strategy - especially with the Indian mobile market still far from mature.

And yet, India is nonetheless a country of massive - and growing - smartphone penetration, and certainly one that many mobile developers across the world would be keen to get in on the ground floor of.

PocketGamer.biz reached out to Flixy Games' CEO Felix Manojh to learn more about the vision behind a publisher dedicated to the Indian audience.

PocketGamer.biz: Tell us a little about the formation of Flixy Games and the background of the founding members.

Felix Manojh: I love playing games. I spend a considerable amount of time everyday on PC and mobile games and have spent 3500+ hours on Dota 2 alone.

I met all of the founding team members while working at Zynga on various mobile games such as Draw Something (acquired by Zynga for $180M), Dream Zoo, Hidden Shadows, etc.

India is a sleeping giant and we want to be the first movers to capitalise on this opportunity.

Each of them are super-talented and very creative. In fact, I regard them as among the best that I have come across in the gaming industry in their respective verticals.

Having worked on various mobile game platforms, we have acquired expertise in managing live games with DAU in millions and are also aware of the industry best practices in product management, engineering and game design.

With rising user acquisition costs and ad frauds in mobile advertising, game developers are slowly realising the value of publishers who specialise in a geography and take care of development, launch, marketing, running the game as a live service and customer support.

They view these companies as partners who share a similar vision to put their product in the hands of as many gamers as possible in a localised format, and can break the cultural barrier.

India is a sleeping giant and we want to be the first movers to capitalise on this opportunity using our experience of launching and managing super-hit games in the past.

Also, when it comes to the formation of Flixy Games, our core investors Rebright Partners were instrumental in helping us partner with the Asian Game Studios and investing in our vision since day zero.

With their immense support and encouragement we went ahead and launched our first game last month [Avatars Clash: Comet on Mahaar].

What do you feel is the significance of publishing games dedicated to the Indian audience?

The Indian gaming industry is maturing slowly. With rising smartphone penetration and lower data costs, Indians will start looking for quality content. A lot of quality games get lost in the sea of apps.

As a publisher, we channel our efforts to make them available to as many gamers as possible, provided they are the right target audience for that game.

There are challenges that are unique to India, such as data usage and app size, which may not be prevalent in other countries, and a publisher focused on India would help mitigate these challenges for the game developer.

How important is your recent $425,000 seed funding from Rebright Partners and how will it allow you to progress the company?

The seed fund definitely plays a major role in boosting our confidence as a team and encourages us to build more onto the games in the pipeline that we plan to launch in the coming months.

The seed fund has given us the leverage to take calculated risks to test a lot of hypothesis which we feel can disrupt the Indian mobile gaming ecosystem.

The funding will be used to invest in scaling the team with every game launch - we plan to launch a high-quality game every two to three months - various tools and systems for install attribution, user acquisition through relevant channels (both online and offline), game analytics, server costs and social media monitoring.

What do you think is crucial to create a hit in India and how will you be helping developers achieve this?

A hit game is a game that will generate a very high installs/day or a game having a high ARPU.

If the reward is not variable, the player may lose interest and not come back to the game.

However, the fundamental reason for a game’s success is tied to the fun, creative and innovative element in the game.

If presented to gamers by adding layers such as Indian elements, reduced .apk size and a popular IP, the game would resonate well with its target audience.

The game also has to keep the players engaged for a considerable amount of time with a good hook.

We have to use external triggers such as ads, PR, email invites and push notifications to form habits in our players so that future engagement is driven by internal triggers - feeling bored, for instance.

The trigger promises a reward and explains how to get it by performing an action in the game. The action has to be streamlined and delightful for the players.

After the player takes action, they get a variable reward which could be relief from boredom, entertainment, climbing the ladder in a competition, etc.

If the reward is not variable, the player may lose interest and not come back to the game.

In addition, the game should have mechanics where players have to continuously invest their time and store ‘value’ in the game.

We work with our partners on a case by case basis. Some would like to retain their original IP as it is in the game, while some are open to replace it with new IPs that appeal to Indian audiences.

But the overall idea is to incorporate the hook model, best practises in acquisition, retention, engagement and monetisation of the game.

Also, we give the opportunities to the developers to launch their game under the brand umbrella of 'Flixy'.

We are focusing on high-quality games and have made sure not to show any banner or interstitial ads.

We hope to build a brand for ourselves in the minds of the Indian gamers, which is why we are focusing on high-quality games and have made sure not to show any banner or interstitial ads to our players - anything that affects the players experience and takes them away from the game.

Do you have any examples of India-specific touches you've applied to Avatars Clash - Comet on Mahaar?

We made iterative changes based on our learnings.

We even had a group of gamers who match the profile of the target audience test our app during the closed and open beta phases before the game launch and provide us with regular feedback regarding the elements which stood out for them.

Will Flixy Games also be publishing games developed in India?

Yes, we want to help every game developer who has built an innovative and fun gaming experience.

Right now we are taking strategic bets so we are very selective with regards to the games that we choose to publish in India.

Will you also be publishing worldwide or purely for the Indian market?

We plan to specialise in India and grow our player network.

As a long-term strategy, we are open to publishing games worldwide too, but currently our focus is on India first.

Although smartphone penetration in India is rapidly increasing, there are issues of both modality and intent when it comes to monetisation. Do you see this changing anytime soon?

We all know that the free-to-play industry is kept afloat by less than 1% of the users. The conversion rate of <1% is an industry average and varies across different games.

Due to such low conversion rate, I have seen a lot of veterans in the gaming industry who are very vocal about their dislike for F2P.

But I feel that we need to embrace it with appropriate strategies, as free-to-play is here to stay for the following reasons:

We should not expect that all our players will have the intent to make a purchase in our games, although theoretically it is possible.

The gaming industry in India is maturing slowly, and based on my research the top grossing game makes more than $3 million a month. That’s a lot of money being spent by Indians on a game.

The top grossing game makes more than $3 million a month in India.

These whales are always on the lookout for quality games and would not mind spending money on them, provided it keeps them engaged.

Currently, most games show a barrage of ads which is actually a negative player experience in my view, which leads to a very low D30 retention and puts off the whales who are looking for quality content.

While ads do bring some revenue to the game studio, they also impact the LTV of a player.

Once the game takes a substantial time of their day-to-day life, the likelihood of there being intent to spend money on those games becomes much higher.

So yes, I do expect the intent to spend money on games to increase as more innovative and engaging games are presented to Indian gamers in the right format.

With regards to modality, I am very hopeful to see Airtel, Vodafone and Jio to partner with Google Play soon so that carrier billing removes the purchase barrier set by the low number of active debit/credit cards in India.

Why do you think developers internationally are interested in localising for India and do you see this becoming more popular as the market matures?

Localisation helps in increasing the reach of a game.

In the sea of apps on Android and iOS, if there is an opportunity to stand out and reach a wider audience, I’m sure all of us would embrace such an opportunity.

With rising competition and user acquisition costs in their home markets, which are relatively matured, game developers are looking to build their audience in the developing countries which have less competition in terms of the quality of apps that are available.

Gamers in general are very passionate and loyal to a brand if it provides them the best gaming experience.

And in fact, future games launched by a brand that they are passionate about may not require as high a marketing cost, as the gamers themselves would search for their new games.