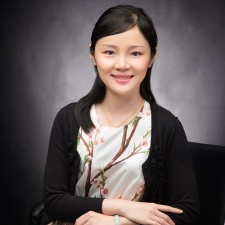 Yoozoo may itself be rooted in China, but the mobile games publisher is looking out to the world.

News of its latest globalisation initiative came in March of last year when it set up shop in India with a new office and plans to invest as much as $10 million in the local games market.

Its Pune office is headed up by former Nazara Games head of mobile game publishing and marketing Anuj Tandon, for which it had planned to staff up with 30 employees.

At the turn of the year we got our first glimpse of what they were up to with the outfit partnering up with European mobile social casino developer Kamagames to launch a fully localised version of Pokerist, Poker Champions, in India.

Speaking to PocketGamer.Biz at Gamescom, Yoozoo vice president Liu Wan Qin explains that the company’s presence in India reflects its broader ethos of becoming entwined in a diverse and global range of markets to learn what makes it tick.

“It’s a big market in-of-itself, but it is its own specific market with varying and difficult characteristics,” explains Qin.

“Our teams at Yoozoo are very independent, regarding publishing their games, doing their research and doing their own PR and marketing.

“It’s down to them because games publishing and development there will be very different to how things are in China.”

Qin goes on to explain that Yoozoo is a great believer in localisation and that it’s not in India for a quick buck, but rather the long-term.

“The mobile market in India is one we’re expecting a lot of growth in,” explains Qin.

“Right now, concerning mobile penetration, it’s relatively low. However, with all the mobile shipments going in, it’s set to grow at a very fast rate.

“That’s one of the reasons we wanted to have a presence there because we expect there to be great things coming out of India as more people get better access to mobile games.”

We do expect there to be great things coming out of India as more people get better access to mobile games.

Indeed, the appeals of India are becoming ever more fanciful, and it’s easy to see why. According to Newzoo, it is now home to one-tenth of the world’s gamers and has the second-largest smartphone user base in the world.

Moreover, this year it is estimated that over 387 million Indian’s will use smartphones, which is double the amount just two years ago. Looking forward, it’s expected to grow evermore to 585 million in 2020.

Before India, Yoozoo expanded its reach to Europe when it snatched up German developer Bigpoint in 2016, with a grand strategic vision for both companies in Europe set out in March 2017 under a new MD.

While Yoozoo did acquire a 100 per cent stake in the developer, Qin insists Bigpoint continues to operate freely.

She went on to describe the relationship as retaining a sense of independence, but with the two coming together to trade and exchange knowledge between the East and West.

“Bigpoint retains a lot of its autonomy regarding being able to research and publish its own games,” says Qin.

“And that’s very important for us for them to have that autonomy, even if they are a company we’ve partnered with.

“On top of that, even though they do work with autonomy we still work very closely together. For example, if we want to publish in Europe, we take on board their experience and expertise.”

Looking towards the future, Qin wouldn’t be drawn into specifics on what they had planned in regards to partnerships and acquisitions but said the company was always looking out to expand its localisation initiatives, as it’s one of their core strategies.

Regarding the profile of the type of partner that would interest them, Qin explains diversity is critical and that, while development companies are of interest, partners with local publishing expertise would help drive them towards their goal of globalisation.

“Regarding partners we’re looking for, it’s going to be very diverse since we’re globalising,” Qin explains.

“In order to do things, and assuming there is a partner we would like to work with, one of the things we look for is publishing, as we seek to do that globally.

“For example, we’ve made partnerships with companies in Japan to publish our games there as they know what’s going on with the market.”

Regarding partners we’re looking for, it’s going to be very diverse since we’re globalising.

A game of thrones

A foot in numerous regions and territories, then, arguably sets Yoozoo up quite nicely when chasing that globe-trotting hit.

Next up to bat on that front are not one but two games using the Game of Thrones IP, one for mobile which Tencent will publish and one for browser.

Called Game of Thrones: Winter is Coming, the title has been described by the developer as a war strategy game.

Players will also be able to interact with various characters from the houses of Westeros, spanning different periods of the saga.

Looking towards 2019 and onward, Qin reckons significant markets such as the US, China and Japan will start slowing down as they begin to reach saturation.

As such, its footing in what could be the next great markets could put Game of Thrones: Winter is Coming on an interesting path indeed.

“That was actually one of the main things,” says Qin. “That we would be able to go out and release our game across the world, because Game of Thrones is an IP that is so globally famous everyone around the world knows it.”