AdTiming explains the benefits of its Creative Timing and AdMuing tools 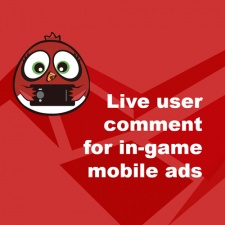 One of the biggest trends in 2018 was the growth in in-game advertising as a reliable revenue generator.

Companies like Voodoo, Ketchapp and Playgendary have led the way in the hyper-casual space and spearheaded the growth of this genre and show just what’s possible with ad monetisation.

It’s not just become lucrative for those casual titles however. It’s become an extra revenue stream for in-app purchase-focused games looking to monetise the majority of users that don’t spend.

While for these games it’s not where the majority of revenue comes from, if integrated correctly it can still prove a worthwhile addition.

There are a number of classic ad types served in games and apps, from banner and interstitial, to the trendier video, rewarded and now playable formats.

Each offer their own particular benefits, with the latter becoming an increasingly popular option to drive quality users (though it’s by no means the de facto ad standard).

Supported ad types include many of the above: playables, rewarded and other creative formats.

AdTiming suggests that the more innovative, interactive and interesting the ad, the better it will perform and potentially increase ad monetisation revenue.

For example, with rewarded ads it suggests using them as part of an in-app purchase transaction. This gives players the choice of either watching an ad to obtain life or energy, or the option to pay for it upfront (most likely with greater benefits).

If implemented correctly in a way that doesn’t stop spenders or act as a barrier to gameplay, ads can become part of the play cycle in a way that users find valuable.

Another method of increasing conversion in ads is by sending personalised adverts to different users that roughly match their own interests. AdTiming says its tools enable it to recommend games and offers that may interest targeted users, making ads more than just unwanted nonsense, but a channel of valuable information.

Power to the people

The company’s most unique offering however is AdMuing, a creative ad format centred around user comments.

AdTiming fetches users’ positive comments about the game from the app store and then displays them live in the ad.

So while users are watching a video showing off the title’s look, feel and features, users are also getting feedback straight from other players’ reviews - all without having to leave the app.

The company’s own data suggests that for casual titles, this ad format have increased average eCPMs by 10 per cent, while some titles have reached anywhere between 20 to 30 per cent.

The AdTiming mediation platform is based on the company’s own self-designed audience segmented workflow. It segments the audience by use time, network connection, device, gender and interests, and then builds up a waterfall for each user group.

AdTiming aims to develop state-of-the-art ad tech to ensure it, and its customers, can keep up with the latest industry trends and deliver the best and most efficient ads possible.

Through tools like Creative Timing and AdMuing, developers can further engage mobile users, which can ultimately have a positive impact in a company’s bottom line.

For more details on AdTiming’s services visit the company website.

AdTiming on why it's made its OpenMediation platform completely open source