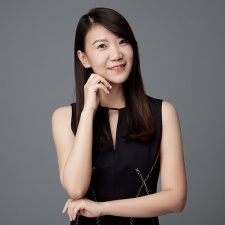 At this year’s GDC, the big talking point was the future of streaming and what role it will play in games.

Microsoft is making a big play for cloud gaming, not least with its Azure and PlayFab tech set to power console and PC experiences - Project xCloud will even bring these to mobile.

Then of course, there was the big announcement of Google’s Stadia platform, which will stream triple-A games straight to your device. Google has put together an all-star team for the platform that includes the likes of Phil Harrison and Jade Raymond to get it off the ground later this year.

Rovio spin-off Hatch meanwhile is doing streaming for mobile games and continues to make partnerships with mobile operators across the globe.

There was another company at GDC though talking up streaming as the future of games: Synative.

The company operates cloud-based gaming technology that lets users try games without downloading them. More broadly known as a playable ad/demo in the mobile space - think Android Instant (which Synative has a partnership with Google for) or typically a more pared down in-game ad - Synative’s streaming engine doesn’t utilise an SDK or other special integration, and it doesn’t utilise HTML5.

Touting partnerships with both Google and Facebook, Synative refers to itself as the ‘mobile Stadia’.

“All developers can generate their playable ads based on our SaaS platform in under 30 minutes,” says Synative co-founder Cynthia Du.

Some of our clients can generate more than 10 playable ads per day and do A/B testing on Facebook. I think it's actually a revolution for Facebook Ads and playable ads.

“Some of our clients can generate more than 10 playable ads per day and do A/B testing on Facebook. I think it's actually a revolution for Facebook Ads and playable ads.”

As well as Google Instant Games and Facebook, Synative’s platform can be integrated into a variety of ad networks, including IronSource and AppLovin.

And while the service only currently requires 30 minutes of work to create a playable ad, the company wants to make it even easier, with a new product launch set for mid-June. The idea of this is developers can generate their own playable ads by playing the software. That’s it.

“It's exactly the same idea as Stadia but instead of streaming the console game, we stream the mobile game,” Du states.

“So what we do is send you a link, and you can actually play through the link because we have our own cloud. Everything, all of the action you play through streaming, will be recorded in the cloud and then can be duplicated to a playable ad.”

Of course, it doesn’t have to be a completely automated process. Developers can still jump into the Playable Studio and add extra elements such as more action, narration or special sound effects, for example.

“And if you don't want to do that, you can just send a link to 10 people and after five minutes you can get 10 playable ads and you can promote it on Facebook,” Du adds.

Developers that have taken advantage of these services so far include the likes of eFun, whom Synative helped generate an Instant Game for and promote it in South Korea. The conversion rate for the demo to the full game was 30 per cent - much higher than through other avenues.

But not just helping with conversions, Synative’s artificial analysis also looks at how players are interacting with a demo, such as where they are pressing on the screen - data which can be used to inform design changes for the full game.

Du says that the combination of streaming and artificial analysis, along with the growth of 5G that will help boost Synative’s cloud technology, offers developers and players something “revolutionary”.

“I think it's revolutionary not just for mobile advertisement for gaming, but for gaming content,” says Du.