But simplicity is a universal 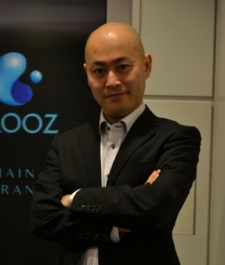 It's simply not enough for an ambitious developer to launch a game in their home country these days.

With global app distribution relatively easy to achieve, the real trick comes in developing and marketing the correct game for the correct market.

Kenji Hiruta, general manager of Japanese studio Crooz, knows this quite well as he’s developed games for, and in, the west while also catering to Japanese gamers from Crooz's Roppongi-based studio.

We caught up with Hiruta recently at and after GDC to chat a bit about the challenges of going global.

Pocket Gamer: ACR Drift is your first major game brought over to western audiences - why did you decide on localizing this title, and how difficult was the process of bringing it over?

Kenji Hiruta: I am intimately familiar with developing games for western audiences, as I worked in Toronto for five years.

It is important to note that ACR Drift is not a translated title from Japan, it actually the opposite!

The game was developed in English and designed for the western market from the beginning, then localised for Asian territories. Certain key factors for developing a worldwide title are universal: simplicity and high quality. I feel that ACR Drift represents these very well and I'm happy that gamers have responded positively.

Are there any things you wish you did differently with ACR Drift?

Perhaps the character illustrations could have been adjusted more for the Western market. They still have a bit of a Japanese style to them. Although some American friends of mine told me that makes them cooler.

Many developers feel that western gamers play and monetize differently from Japanese gamers - do you think there's any truth to this?

Yes, I think so. Japanese gamers tend to pay a lot for item lotteries. Western players tend to pay money to shorten the waiting time. ACR Drift was designed a certain way because of this.

What's Crooz's goal for 2014 and beyond? Are you looking to establish a stronger presence outside of Japan - if so, where?

Our broader goal is to develop titles with global appeal and to establish ourselves all over the world, but I’d say our specific 2014 goal is increasing our presence in North America and Western Europe.

ACR Drift is our first experiment and we are happy with the results so far, but we have a lot more to do. We are planning to launch the multiplayer component of ACR Drift, this is huge deal for us. Players will be able to compete head-to-head globally.

Do you have any plans to bring your other titles - The Knights of Avalon, Hunter x Hunter, or RagnaBreak - over to western gamers? Why or why not?

No. Crooz has had many successful titles in Japan but it is simply not an option to just localize those games. We are growing very quickly and development resources are limited, so we are focusing on developing new titles.

We will continue to evolve our Japanese games while taking a different approach for games we feel can do well worldwide.

What role do you see social messaging or chat apps like LINE playing in the future of mobile gaming in and outside of Japan?

It will be an increasingly important role, in my opinion. Having separate chat apps alongside the game is not convenient, so the systems should be combined. Tablets especially have room to add chat functionality to the screen.

Also, one way to improve this function would be to use fixed sentences, as it is easier and safer than using a full chat function.

Thanks to Kenji for his time.

Reply
Matt Diener
That's a really good point, Hans - and I'm a huge fan of localized Asian games for exactly this reason. I play a lot of mobile games, and I like different :)

There's certainly a market for these sorts of games in the west, but whether it's enough to justify the cost and time of localization is a question for the individual developer.
Posted 7 years, 7 months ago

Reply
Hans Kaosu
While its cool that they want to make new games for the western market id rather have a localized port of some of those exclusive Japanese games.

Why? I think a lot of the charm in those asian games is that they are made for a totally different audience and therefore are more exotic and very different from what we find on the western app stores.
Posted 7 years, 7 months ago