Yengage chief operating officer on the opportunities that await developers in Japan, and how to break in 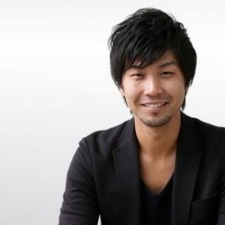 The Japanese mobile games market has always been a peculiar one with its own unique quirks.

Many of the features you see in Western games today, such as gacha and autoplay, were utilised by Japanese developers long before they notably came to the West.

Yet while the sector has been a trendsetter for the rest of the world to follow, many local developers have struggled to match home success - sometimes generating hundreds of millions to billions of dollars per year - abroad.

Similarly, the Japanese market has long proven a tough nut to crack for international publishers, with the space largely dominated by homegrown studios.

One company that’s helping developers and publishers tap into this seemingly tough market is Yengage, a spin-off from DAC, the largest digital media buyer in Japan.

“That means that while we can leverage the full capabilities of a Japanese advertising agency with local partnerships with ad networks and publishers, we can also provide the full transparency and flexibility of a start-up,” says Yengage chief operating officer Kazuhiro Kimura.

“We can also help with influencer marketing and PR.”

Kimura says while in the past the Japanese games market has had a high concentration of local games developers and publishers - with consumers in particular fans of Manga characters and IPs they are familiar with - things are changing.

Indeed, the last few years have seen more developers from the USA, Europe, China and South Korea find success in the market. And Kimura says the most successful foreign games are the ones that bring a new style of play to the sector, rather than copying what’s already a hit, like local heavyweights Mobile Strike, Fate/Grand Order and Puzzle & Dragons.

If you look at Japan’s top 100 grossing games in the App Store, 20 per cent 30 per cent are non-Japanese titles.

“If you look at Japan’s top 100 grossing games in the App Store, 20 per cent 30 per cent are non-Japanese titles,” says Kimura. “Chinese studios in particular are having great success.

“However, the most important thing is that they do research and try to understand the uniqueness of the Japanese market and users, as well as have a local partner to build a strategy together.

“I am not saying you should necessarily follow their path. For most studios, it will cost a lot of resources to build local offices, operations and marketing teams like those companies. You can achieve similar results with a good local partner and build a strategy together with a much lower investment.”

Despite the market’s uniqueness, the marketing process is not all that different in many respects.

Like in other countries, Kimura says its developers should utilise different kinds of traffic sources when putting together a user acquisition plan, from social media like Facebook, Twitter and the locally popular LINE, to ad networks and games websites.

One key difference however is the prolific use of TV adverts to promote mobile games.

"TVCM still has the biggest impact. If you watch broadcast TV in Japan - which most households do - you’ll see many games advertising on TV," says Kimura.

“For most studios, this might be out of reach in terms of budget. However, we also see influencer marketing is getting bigger and bigger.”

The main focus for influencer marketing in the country is on YouTube, though there are smaller local channels to consider depending on your target demographic. It’s a topic Yengage goes into further detail on here.

It should be noted however that the size of each YouTuber’s subscription base is much smaller than in English speaking countries, in large part due to the language barrier on the international stage.

You’ll get broader reach and views with influencer marketing, but they will be exponentially more expensive.

“We get enquiries that clients want to use influencers who have a huge social presence, but I don’t think it’s always the right way to approach this,” says Kimura.

“You’ll get broader reach and views of course, but they will be exponentially more expensive, so return on investment will be lower.

“Also, it might make viewers get bored due to the high frequency from other channels, as Japan is a much smaller market.

“What you need to think about is finding an influencer who has high engagement with your game and lots of subscribers, or go after the niche segments for higher engagement.”

As Kimura now puts it, the Japanese games market has “come out from its closed-off period”, meaning there are now potentially lucrative opportunities from developers and publishers across the globe in the country.

While it’s a unique market, being one of the most valuable mobile games markets in the world also offers lots of opportunities.

“I want many game developers to try,” says Kimura. “Also, of course, I will be happy that if you would choose Yengage as your local marketing partner.

“If you want to talk more with specific examples contact me info@yengage.net.

For the latest information about the Japanese mobile games market, you can visit Yengage’s blog. For more about Yengage, visit the website.