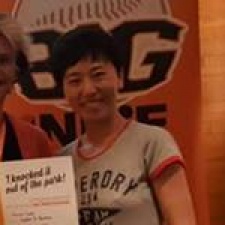 Today, we're speaking to Ginny from Codex7 Games, who submited Pirate Code to The Big Indie Pitch at ChinaJoy 2018 and walked away as the champion.

Ginny: We are from Tianjin, China. Our team has been developing mobile games for over ten years now. We started on Symbian systems and created many titles for Nokia devices, then we moved to iOS and Android following the market to reach a broader audience. The team co-developed the successful tank battle game 'Iron Force' which pioneered a lot of PvP gameplay and technology on mobile. We then developed 'Battle Copters' which took the battle to the skies! Both games attracted positive reviews and love from Apple and Google.

'Pirate Code' is a brand new game. It's a PvP sea battle game. Our initial goal was to create an intense sea battle experience but with a more relaxed and causal user interface. After many prototypes for the look and feel of the game, we decided to build it with a low poly cartoon style. So far, we have had a great response, the game has been in Early Access on Google Play for a while now and we've had some great feedback from this with players really engaging with the open sea combat theme. The player feedback we received has really shaped the game and we are looking forward to launching it on Google Play and the App Store soon.

We believe the global market will keep growing. For us the challenge is maintaining a balance between creativity and commercialism. We want to make great games, first and foremost, but those games have to be commercial to ensure that Codex7 can survive and keep making games in the future.

This is my very first time being a part of the Big Indie Pitch so I wasn’t sure what to expect. It was very competitive, we were up against some great games, but it was super exciting to be a part of it. We made new friends and got a lot of really useful feedback from judges but also from fellow competitors. I will definitely recommend the experience to other indie developers.

We were overwhelmed by the honour! Plus, the prize, in the form of support from Pocket Gamer, will valuable for 'Pirate Code'. This type of exposure really helps to promote the brand to an engaged audience. We also made some great contacts at the event and look forward to exploring these in the future.

Pirate Code is the most important product for Codex7 in 2018. Maritime battles are an exciting theme and gives us lots of potential for expansion, events and content. We will keep providing exciting new content and optimizing play experience. We support over 10 languages in Pirate Code to land aim to have hundreds of millions of users in the game – an ambitious goal, perhaps, but we are confident in the game.