We chat to Niebla Games, who walked away with the third place prize at The Big Indie Pitch at ChinaJoy 2018 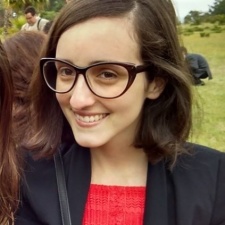 Today, we're speaking to Maureen Berho from Niebla Games, who submited Hexland Heroes to The Big Indie Pitch at ChinaJoy 2018 and walked away with the prize for third place.

Maureen Berho: Niebla Games is an indie studio based in Valparaíso, Chile. The company was co-founded by Nicolás Valdivia (Creative Director & Game Designer) and I, (Maureen Berho, CEO & Producer), as we decided to quit our jobs and dedicate all our efforts to fulfill our dream of developing games. Today, we're an enthusiastic eight-person team committed to developing original tabletop games and video games for different platforms.

When we started developing games in 2015, we realized there were already several Latin American companies working on amazing video game projects. Our lack of familiarity with software and video game development was some sort of perk for starting-up in this industry. As we were not aware of the difficulties that indie developers generally face, nothing held us back.

We pitched two of our in-development projects at this year's Big Indie Pitch competitions: 'Causa, Voices of the Dusk' and 'Hexland Heroes'.

'Causa, Voices of the Dusk' is a free-to-play collectible card game in development for PC, Consoles & Mobile Devices. It's an intuitive and fast-paced multiplayer game, where players assume the role of powerful Leaders struggling to make their faction's ideals prevail in a re-emerging fantasy world.

'Causa' presents some game mechanics that are unique in its genre. Once per turn, you may choose a card from your hand or your game to 'dedicate' (sacrifice) to your Cause. By raising your Cause, you'll be able to play increasingly powerful cards. Also, once per turn, you may choose to 'require' (draw) one card from those you previously dedicated. However, if you do so, you’ll lose one Point of Cause, which is the main resource of the game. Additionally, the game allows different paths to victory: destroy your opponents' Resistance by attacking them directly or by exhausting their decks.

Apart from the innovative gameplay and the beautiful original art developed by over 10 Chilean artists, 'Causa' stands out by presenting a unique narrative approach. In the Campaign Mode, players will get to know the story and struggles of different Leaders, as they overcome and complete PvE challenges and map-based campaigns.

Regarding ‘Hexland Heroes’, this is a free-to-play grid-based strategy-puzzle game for Mobile. The game was inspired by lengthy and hardcore 4X Games, but boiled down to short and sweet puzzles. The goal of each level is to rescue your stranded allies and capture the enemy’s bases. To do so, you must place your hexagons strategically and create paths for your character. During the opponent’s turn, enemies will spawn and move towards your allied nests, trying to destroy your characters and the hexagons you’ve already played. If you run out of turns or an enemy reaches on of your bases, you lose.

Even though these are our first video game projects in development, this year we had the opportunity of showcasing them in multiple curated events. 'Causa' was selected to be part of the Indie MEGABOOTH at both PAX East and PAX West 2018, the BIC Festival 2018, and the Indie Game Area at Tokyo Game Show 2018; while 'Hexland Heroes' was part of the Official Selection of the Indie Showcase at PAX East 2018,

It's definitely hard to survive and fund your projects as an indie developer, specially if you don't have any previous experience to back you up. Fortunately, multiple Chilean governmental agencies aim to support the video game development sector with funds that cover different stages of the development process, as well as marketing and promotion.

One of these agencies also seeks to foster Chilean exports. Thanks to this, there's a significant amount of Chilean developers attending the most prominent industry events each year , such as GDC, Gamescom and Tokyo Game Show. This is of critical importance for new Latin American studios like ours, which are often overlooked by publishers and press at a global scale. In these events we get the chance to pitch our projects to publishers, investors, and our peers.

To pitch our projects as part of the Big Indie Pitch at Chinajoy and Gamescom 2018 was an amazing experience. Even though we're always pitching our project in different situations, these events are a unique opportunity to practice pitching in a professional environment. You only get a few minutes to convince each group of judges that your game is worth their attention.

All the participants and judges were very kind, so it was also a great opportunity for networking and making relevant contacts for our projects.

Since these are our first projects in development, we were sincerely not expecting to get such a positive reactions from the judges. This was very inspiring and motivating for us.

Also, some weeks after the event, we received detailed feedback from the organizers, who took the time to systematize the observations made by the judges during the event. This constructive and straightforward comments were extremely valuable to improve not only our pitch, but also our games!

As a small indie studio from Latin America, we know we have to prove ourselves and show that we’re capable of developing high quality games. This is why we’re working very hard to release the projects we love: ‘Causa, Voices of the Dusk’ and ‘Hexland Heroes’. We hope these ambitious original video games are the first steps towards turning Niebla Games into a sustainable and consolidated company.