Four years on: How Travelling Millionaire’s regular events have garnered an engaged audience in the Middle East

"I owe everything I’ve learned to Travelling Millionaire and it has been a privilege working with a lot of talented people. 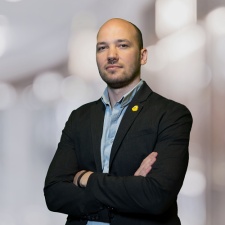 Mete Güner is the product manager at Netmarble. He worked on Travelling Millionaire.

In this entry of our Live and Kicking series, we caught up with Netmarble product manager Mete Güner following the four-year anniversary of online strategy board game Travelling Millionaire.

PocketGamer.Biz: With Travelling Millionaire passing its four-year anniversary, how do you reflect on its performance - from launch to the mature title it is now?

Mete Güner: I can easily say that it has been a blissful four years. Travelling Millionaire was one of the first mobile games that we, as Netmarble Turkey, published in the region and it was a relatively new experience for the company.

The marketing campaign’s scope we have prepared for the game launch was so big and bold. I feel blessed as our hard work paid off. The launch was really successful and we built a really strong fan base from the beginning. Travelling Millionaire was the most downloaded game for two months in Turkey.

At one point, we directed our new users to these fan pages in order to shorten their learning process.

Our marketing campaign has received numerous awards such as Felis and Games Connection Best PR Campaign. Also, it has been referred to as a case study by Adjust.

Now after four years, we are almost at the end of its life cycle. When I look back, it’s clear that we have learned so much both from our mistakes and successes that I believe the experience we gathered will carry us to new highs in the future.

How big is the team currently handling live ops at Netmarble?

We have a very talented and creative live-ops team who handles the coordination between the developer side in Korea and publisher side in Turkey. And of course, it’s impossible to not to mention our marvellous marketing and user acquisition team’s contributions.

We have seen very low CPIs during these four years - thanks to them. For a complicated game such as Travelling Millionaire, I think this is really impressive.

Another team that I want to mention is QA. Without the team, it would be impossible to do such a smooth operation. In addition to the teams I mentioned above, there are also customer support and social media teams.

Briefly, we have a very diverse group of teams in Netmarble Turkey and we owe our achievements to the successful interdisciplinary collaboration between these teams.

Our customer support system is a chance to make customers feel special. That’s how I look at it. In the games business, people come to your product to have a good time.

So, by offering quick and efficient solutions to users’ problems, a customer support system can be counted as an organic extension of the game. If someone cares enough about something to ask for help, they shouldn’t be ignored. Once users see that they are being heard and answered, they will be more likely to stay.

Regarding updates, we have been releasing a big one every three months. With every update, we bring in lots of new contents but most notably we bring a new map which offers a new game style and changes the dynamic. Offering new challenges is the key to keep players engaged.

What steps have you taken to ensure that Travelling Millionaire maintains a sizable and active player base all this time after its launch?

In order to maintain an active player base, we have been organising two in-game events a week since the launch. Now that we are near the end, we reduced the frequency of events to one in two weeks. Via these events, we are offering new contents and new goals for our users to achieve. This way we managed to build a really loyal fan base.

There are lots of users who have been with us for four years, with fans very active on Facebook. Our official Travelling Millionaire Facebook page has over 200K subscribers alongside lots of fan pages.

At one point, we directed our new users to these fan pages in order to shorten their learning process, because the game is very complicated and new users benefit a lot from getting in touch with hardcore players.

Due to the game’s complicated nature, we added a longer tutorial last year which affected our retention rates negatively.

How have you adapted Travelling Millionaire to the market over the four years of the game being live?

We are responsible for the game’s publishing in Turkey and MENA region and when we first published the game, this part of the world wasn’t really discovered by the games industry. We knew that we can make our game stand out from others by offering localised contents.

We integrated Turkish and Arabic language to the game, changed the UI to make it more user-friendly and designed/added in special characters for the region. All of them were very well-received.

To what do you attribute Travelling Millionaire’s consistently impressive grossing performance and how do you sustain it?

As I mentioned above, releasing a big update and changing the game dynamic every three months is what keeps our users engaged.

Once the game dynamic changes, new abilities become more important than the old ones. By offering a wide range of new abilities, we are able to sustain our grossing performance. Users love discovering new ways to beat their opponents.

The game has been downloaded around eight million times and our most impressive KPI that I can share is that during our four-year run we have seen a monthly average revenue per paying user of $90. There are lots of users who have high purchasing power in the Middle East.

What lessons have you learned/are you still learning from Travelling Millionaire? Is there anything about the game that, in hindsight, you’d now handle differently?

I learned that games are living entities. They are born, they grow and at some point, they die as all living things in the world. Keeping them alive needs constant attention and passion.

What would I handle differently? Due to the game’s complicated nature, we added a longer tutorial last year which affected our retention rates negatively.

Users in the Middle East are similar to Eastern players in this aspect. They don’t like long tutorials. So, I wouldn’t add that now. That’s something I regret.

Finally, how has your experience with Travelling Millionaire informed where you are/what you’re working on now?

Four years on: Netmarble on how Marvel Future Fight has continued to assemble fans

Two years on: Netmarble on the evolution of Marvel Future Fight

The Messy Middle - From Trend Gamification to a Profitable Hypercasual Game