Two years on: Netmarble on the evolution of Marvel Future Fight

Game Director Jin Oh on the game's life so far 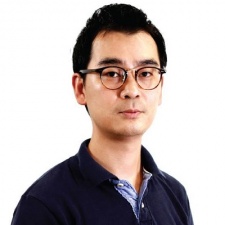 In this entry, we discuss the 2015 RPG Marvel Future Fight with Netmarble Game Director Jin Oh.

PocketGamer.biz: With Marvel Future Fight now more than two years old, how do you reflect on its performance from launch to the mature title it is now?

Jin Oh: We’ve had our ups and down for sure. The launch was a huge success as Marvel’s Avengers: Age of Ultron was in theaters and the world was hungry for more Marvel.

But the game quickly started showing its weaknesses and we struggled in maintaining the KPIs.

After we figured out what the problem was and came up with the resolution, such as making the early user experience easier and making the farming simpler, we were able to make a meaningful comeback around Marvel’s Captain America: Civil War film release.

How big is the team currently handling live ops on Marvel Future Fight?

We have six dedicated people on the live production team, while on the development side we have about 70.

Every update is a chance to add more characters and maintain the health of the game.

They work daily with a select number of Marvel games teammates.

As for the importance of updates, we consider every update as a chance not only to add more characters and contents for the players, but also to maintain the health of the game.

How have you gone about ensuring that Marvel Future Fight maintains a sizeable and active player base long after its launch?

Frequent updating is the key. Future Fight is a character-centric game where players make their progression both vertically and horizontally.

By vertically, I mean levelling up and upgrading characters, while horizontally means collecting more new characters in your deck.

Providing things to do with these characters is also important. We try to provide new modes as much as possible, as long as our bandwidth allows.

How does being associated with a massive brand like Marvel affect the long-term live ops plan and have you aimed to coincide updates with major Marvel releases in other media?

The biggest advantage is the constant influx of new players.

Most of our peak numbers have been around film releases.

Thanks to Marvel’s ever-growing universe, we have been able to keep up our numbers whenever there is a collaboration opportunity with Marvel's movies, TV shows and new comic book events.

Most of our peak numbers have been around film releases, and we try our very best to thrill the fans by introducing versions of the characters and content inspired by the films they love.

The number of total downloads so far just passed 60 million.

DAU has been up and down, but the peak number we had was nearly two million. I am confident that we can break this record in a near future.

What lessons have you learned/are you still learning from Marvel Future Fight? Is there anything about the game that, in hindsight, you'd now handle differently?

Know who your players are. Future Fight has been most successful in North America so far in terms of revenue, but its contribution to downloads has been less than 10%.

Player behaviours are different depending on where they come from, so we try to come up with the best solution to satisfy the diverse needs of our players

What's next for Marvel Future Fight in 2017 and beyond?

Two more great movies are coming out so we will do our best to keep up the synergy.

And we are happy to finally introduce the X-Men to the game now, which is something that all of our players have been asking for during the last two years.

Our goal for the rest of the year is to make Marvel Future Fight a great experience for players around the world.