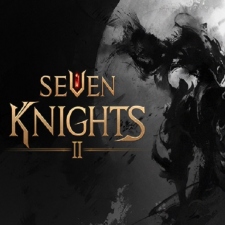 Seven Knights 2 is seeing a new update this month, including two new heroes and an extended anniversary event. Netmarble’s RPG-action game saw its first anniversary in November, and marked it with a special in-game event. Afterwards, we reported that it had been extended, and now according to a recent announcement the event is set to go on even longer, well into January. This comes coupled with two new heroes added to their roster, as well as special unlockables and stories for players to pursue.

Seven Knights 2 is of course a sequel to the original Seven Knights, a franchise that Netmarble has returned to with Seven Knights Revolution. With its own anime series and MMORPG, Netmarble seems intent to continually build on the IP in hopes of crafting a cross-media franchise that will help them build on their mobile gaming business. The decision to build the game cross-platform is also a shrewd one, maximising potential audience and following the lead set by many other mobile titles.

We also reported recently on Seven Knights 2 receiving its first anniversary update, and the fact that it is to receive another substantial update so soon bodes well for Netmarble’s view of the game. Adding new heroes is not an easy task for any game, as new characters can drastically change the makeup of a game’s meta and necessitate a lot more work after the fact than just implementation. Therefore we can anticipate that support for the game is and remains strong.

Although Seven Knights 2 did not make the cut for top revenue earners in Netmarble’s latest financial reports, it’s clear the company is still investing in the game. Netmarble also saw an ‘A’ in its recent ESG evaluation as they weather the post-covid slump in the video game industry. We put them at #38 on our Top 50 Game Makers of 2022 list.