"As a team, we constantly prioritise the fans of the Dragon Ball series" 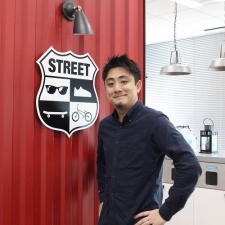 Toshitaka Tachibana is the producer of Dragon Ball Legends at Bandai Namco.

In this entry of our Live and Kicking series, we spoke to Dragon Ball Legends producer Toshitaka Tachibana about the fighting game's first 20 months, and what players can expect going forward.

PocketGamer.biz: With Dragon Ball Legends now 20 months into its life span, how do you reflect on its performance – from launch to the mature title it is now?

Toshitaka Tachibana: The time it took to develop the game is still longer than the time that it's been available as a service, but already we had new findings as to how players act and react with an action-oriented smartphone game.

Most of them were pleasant surprises, but we've also had our share of mistakes as well. As a team, we are constantly changing our path to better accommodate the players. I feel we've been doing well and can do better.

I can't give you the specifics as they change from time to time, but including the developers we're working with like Dimps, it's in the three digits.

What steps have you taken to ensure that Dragon Ball Legends maintains a sizable and active player base all this time after its launch?

We provide ample amounts of rewards for consecutive gameplay. Most actions in-game will provide some sort of goods or rewards, and they may seem small when seen by itself, but they definitely stack up as you keep playing.

Our designing team also dedicates their time so that character animations accurately depict the actions that fans love from the anime series. By playing with different combinations of characters, players can find small Easter Eggs and voice lines.

With so many worlds, so many characters and so many anime episodes, it is sometimes difficult to choose which content to provide for next

Which territories have you seen Dragon Ball Legends perform best?

The game briefly made it into the top 10 grossing games for the UK and US in June in 2019. It's difficult to define in what sense the game has performed best in, but regarding user reaction we feel the Japanese and English-speaking players have been the most active. Of course, countries that have provided the Dragon Ball series on television or online have always reacted favourably to the game.

What has it been like to take on the Dragon Ball license with its enormous legacy? Has that made developing for the game easier or more difficult?

As a team, we constantly prioritise the fans of the Dragon Ball series. The story or characters have different values for every fan, and we try to provide the best of all worlds. With so many worlds, so many characters and so many anime episodes, it is sometimes difficult to choose which content to provide for next.

Where did the decision come to create an original story for the game? Would you do anything different if you could start over?

Dragon Ball always had the one ultimate character in the centre, for obvious reasons. (It's Goku.) We had nothing against that! But as a team we wanted to provide for a story where the players could see through the eyes of someone else and see how awesome every character is. The idea we started off with definitely seemed to align with many of our players, so I would probably not change much if I were to start over.

Any new KPI’s such as downloads, DAU or retention you’re willing to share?

One thing I'd like people to notice is that we have passed 30 million players. Players, not downloads which can easily be bloated.

What do the next 12 months look like for Dragon Ball Legends?

We've recently added two new systems: co-op and guilds. What we have in-game is still the base, and there are plans to expand on that further. Dragon Ball Legends is perceived by fans as a PvP centric game (mostly because we have marketed so), but we'd like for people to enjoy the PvE elements just as much.