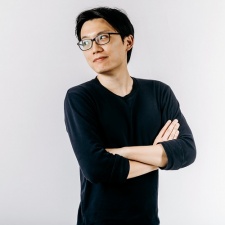 Desmond Wong is the CEO, artist and designer and The Gentlebros.

This week, we spoke to The Gentlebros CEO Desmond Wong about leaving a big studio like Koei Tecmo to venturing out on your own, and the allure of Apple Arcade.

Desmond Wong: All the founders of The Gentlebros met at Koei Tecmo. We were working on titles like Dynasty Warriors, Dead or Alive, and Fatal Frame for a couple of years until we realised we all had enough.

Working in a big game studio is fun, but you always feel like a small cog in a huge machine.

Working in a big game studio is fun, but you always feel like a small cog in a huge machine. Wanting more for ourselves, we decided to team up and try to make a small game in our free time. That particular small game grabbed a publisher's attention and we used this opportunity to leave Koei Tecmo and start The Gentlebros for real.

We all work from home, so our morning commute is pretty much non-existent. We always start the day by having our morning meetings where we go through what we've done and what we plan to do for the day. We discuss any issues we have or any new ideas to improve on the project we're working on. After that, it's just a lot of working on the computer, lots of testing and, once in a while, some research by playing other video games!

Depending on the season, we would also be travelling for shows overseas or locally, giving talks in schools, and hosting play-testing events to gain more data on the games we're making. Overall, it's a really liberating experience, and we're free to do anything as long as it pushes the game forward.

The biggest challenge is definitely the huge amount of competition that every developer faces. As an indie, we not only compete with other indies, but we also have to watch out for the big triple-A games too. I also think finding that core audience for your game and expanding it as you go is one of the biggest challenges.

If we're able to be financially secure and sustainable as a video games company. Making great games is one of the steps towards this goal.

It is definitely much easier right now with platforms like Apple Arcade. Previously, if you had a cool idea, you couldn't be sure if it would make you money. This is even more so when you realise you could either only release this as a free-to-play game (with monetisation strategies that go against your design), or a premium title where sales have been dwindling for years now.

Thanks to platforms like Apple Arcade, developers can feel more secure in creating new, innovative titles and be financially successful while doing so too.

Could you tell us about Cat Quest II?

You're probably not going to 'make it' with your first game but never give up.

Cat Quest II is an action RPG designed to be accessible and fun for all ages and game user types. You play as both a cat and dog, who must put aside their differences in order to bring peace back to both their kingdoms. Explore dungeons, do quests and find ‘pawsome’ loot as you go on the ‘ultimutt catventure’ to save the world. Furthermore, you can play Cat Quest 2 cooperatively with a friend!

Back then, before Apple Arcade was announced, the firm asked us if we were interested in developing games for their new, secret platform. We had Cat Quest II nearing completion at the time and saw this as a great opportunity. We pitched the game and Apple loved it, subsequently making the title available on launch.

Mainly the whole approach and model of the service, we felt was really good. The main objective was to allow developers to create new and innovative games without worry, which resonated with us.

We also saw this as a chance for the Cat Quest brand to reach new audiences, and so far, this has been working really well. In just the short amount of time since launch, we already have more downloads for it than the original Cat Quest in its entire lifetime!

In the immediate future, we still plan to support Cat Quest II with more content. But going forward, we want to grow the Cat Quest IP and make other games based around this universe. These will be games that are of totally different genres while focusing on different characters in the Cat Quest world.

The ultimate open world Cat Quest game where every player is connected in interesting, different ways. It would use the latest in 3D graphics, a fully controllable camera and so many cool CGI cut scenes.

You're probably not going to 'make it' with your first game but never give up. More importantly, always have a plan.