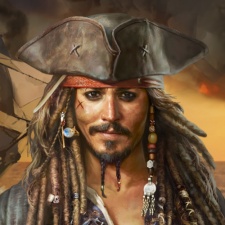 South Korea-based developer Joycity has started a global pre-registration campaign for its upcoming Disney-licensed game Pirates of the Caribbean: Tides of War.

The game is a strategy MMO which sees players building a fleet of ships and sending them to battle with other pirates. Early screenshots bear a striking resemblance to Joycity's naval MMO Oceans & Empires.

The Pirates of the Caribbean license will be used to bring its characters to the game, as well as environments and enemies. It is the third mobile game to use the license, though none of the previous titles appear to be available anymore.

"We're confident that this mobile game will align with the quality and high entertainment value that fans have come to expect from the Pirates of the Caribbean franchise," said Hanseo Jo, COO of Joycity.

"Players will be able to experience the same fun and excitement from the game as they've felt from the movies themselves."

It is not the only Disney-licensed game to be unveiled this week. Genera Games is also working with Disney to develop the first Star Wars-branded casual puzzle game, Star Wars: Puzzle Droids.

What inspired Fox to double down on mobile gaming?