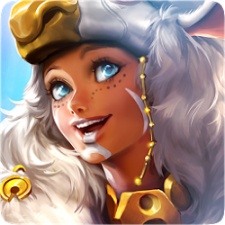 Cloudcade has established its first overseas location in the Pakistani city of Lahore.

The San Francisco-based developer of Shop Heroes has filled the new location with 50 engineers, artists and QA staff. Former Caramel Tech CEO Ammar Zaeem has been named president of studios, South Asia and will oversee the Lahore site.

The Pakistan studio is just one of many Cloudcade plans to open in the near-future. The company is looking to position itself as a “publishing powerhouse” and provide a bridge between Asian and Western markets.

Between the two studios, Cloudcade believes it has the capacity to produce up to four games concurrently. The developer has announced one upcoming project so far, the competitive card game Card Brawl: Duel of Champions.

“We’re thrilled to welcome Ammar and the entire Pakistan team to the Cloudcade family,” said president of studios in North America Jeffery Kong.

“We’ve had a great relationship working together on multiple key projects, and they’ve proven themselves as capable and thoughtful partners.”

Cloudcade CEO Di Huang added: “We’re excited to announce the creation of Cloudcade Pakistan as the first Cloudcade office in Asia. This office gives us the ability to serve customers around the world and provides firepower for our both our development efforts and publishing partnerships by effectively lowering communication costs.”

The new location was first reported on back in August, alongside news that Cloudcade intends to invest $6 million in the studio over the next three years.