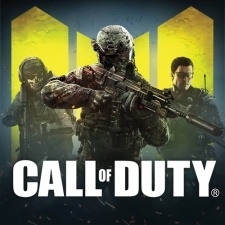 Pre-registrations have opened in the West for a free-to-play Call of Duty Mobile on Google Play ahead of its launch across both iOS and Android.

Revealed during Unity’s GDC 2019 keynote, Activision has partnered with Tencent on the title, which is built on the Unity game engine.

Call of Duty Mobile looks much like its console counterparts, coming to smart devices as a 3D first-person shooter.

It’ll feature much of the weapons, maps, modes and characters from franchises such as Black Ops and Modern Warfare.

The game will have typical COD multiplayer modes such as 5v5 team deathmatch, search and destroy, and free-for-all. It’ll also include classic maps such as Crash, Hijacked, Nuketown and more.

Those who pre-register will get access to the public beta. Further details on the game are expected in the coming months.

It was first revealed that Activision was working with Tencent on a Call of Duty game for China last year. An early alpha for Call of Duty Legends At War launched in Australia in December 2018.

This is separate from the Call of Duty game King was previously announced to be working on.