Publisher working in collaboration with Tencent on the title 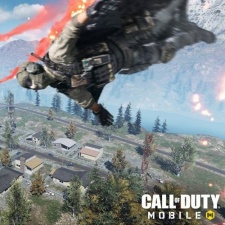 In keeping with the hot industry trend Activision’s Call of Duty: Mobile game is getting its very own battle royale mode.

It will see 100 rival combatants parachute into the battlefield before fighting it out for dominance. Call of Duty veteran characters such as Captain John price will be available to play as.

Players can contend in single, two-person and four-person squad battles. Six classes will be accessible from the start, each coming with their own ability and skill.

Rules will be similar to Black Ops 4’s Blackout mode, however the developer has stated that the mobile battle royale will be “standalone” from previous versions. The game can be played in either a first or third-person perspective.

Call of Duty: Mobile, developed in partnership with Tencent and built on the Unity game engine, is expected to release later this year.

“This is a unique take on the genre, custom-built for mobile with Call of Duty’s signature gameplay, that thrusts the adrenaline-pumping survival mode into a colossal map that features iconic locations from across the Call of Duty universe,” said Activision editorial manager David Hodgson.

Battle royale titles have continued to dominate the mobile market, with the top games surpassing $2 billion in revenue from the last two years.