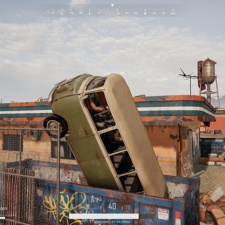 The vast majority of PUBG Corp's revenue was generated by the PC version last year.

That's according to the South Korean firm's financial results, which were translated by Sports.Naver.com and shared on Twitter by Niko Partners analyst Daniel Ahmad (below). It claims that $790m (₩901.8bn) of the total of $920m (₩1.05 trillion) was made from the PC edition of the game.

It's likely that the mobile figure is very low due to the fact that China local publishing partner Tencent was unable to monetise the free-to-play smartphone version of the hit battle royale title during 2018 due to the nine-month freeze on approvals in the region.