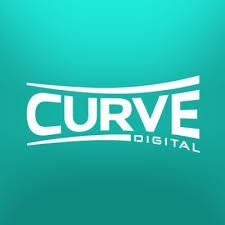 Curve Digital has formed a partnership with Korean publisher H2 Interactive to bring some of its games to more Asian territories.

The international partnership means that four of Curve's Nintendo Switch titles will be released in Hong Kong and South Korea. However, none of them have a release date.

Human: Fall Flat will be released in South Korea. 505 Games teamed up with Curve Digital to bring the game to mobile. Furthermore, it came to China after 505 partnered with X.D. Network.

Bomber Crew and For The King will make their way to South Korea and Hong Kong. Finally, American Fugitive will release in South Korea.

In the past, H2 Interactive has teamed up with industry giants Take-Two Interactive, Bethesda, THQ Nordic, CD Projekt Red and more to bring their games to Asia.

"After the success, we have already had in China and Japan, we're delighted to be taking the games from our brilliant dev partners to new audiences."

H2 Interactive CEO Junha Hur added: "South Korea is one of the most established gaming markets in the world and is ranked fourth globally in terms of revenue with a 6.3% market share globally."

"This business agreement with Curve Digital is very encouraging, and we look forward to introducing Curve Digital's numerous IPs to the Asian region including Korea".

Curve Digital was acquired by Northedge capital after its parent company - Catalis - was purchased for $113 million.