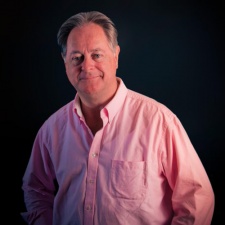 Catalis has been acquired for £90m ($113m), £46.6m of which came from NorthEdge, with the remaining sum coming from Catalis CEO Dominic Wheatley (pictured) and Vespa Capital.

Catalis is under the control of a brand new venture called Project Sword Bidco, a new entity that's indirectly controlled by NorthEdge Capital.

Catalis has a number of game releases planned for the coming months including the official Narcos game, Narcos: Rise of the Cartels, A Knight’s Quest and Peaky Blinders, based on the hit TV series.

“This is an important move for us. Bringing NorthEdge in to help us grow and continuing to enjoy the support of Vespa Capital is a strong endorsement from two private equity houses," commented Wheatley.

"Our ambition is to build the next major UK-owned games business to rival those based in other parts of the world. We have the right team and financial backing to take Catalis to the next level."

NorthEdge was previously involved in the MBO of Sheffield's Sumo Digital from US firm Foundation9 back in 2014, going on to exit the deal in 2016 ahead of the studio's IPO.