An estimated 42.3 million downloads to date 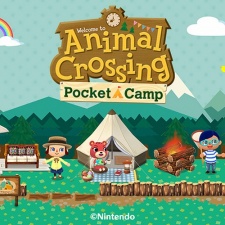 Animal Crossing: Pocket Camp has seen a huge resurgence in downloads since the launch of New Horizons.

Following Nintendo's release of the Switch iteration, installs of its mobile counterpart have risen by 770 per cent, according to Sensor Tower data. Specifically, downloads have increased from the one million generated from February 29th to March 19th, 2020 to an impressive 8.7 million covering March 20th to April 20th, 2020.

Pocket Camp accumulated 4.5 million installs for the month of March and has already bettered that in April, currently standing at 5.2 million. For comparison, the social simulator brought in 395,000 and 527,000 downloads in January and February of this year respectively.

Launched in October 2017, Pocket Camp now sits at approximately 42.3 million downloads, with 15 million of that figure being obtained within the first six days.

Animal Crossing: New Horizons has become the third-highest US launch game of any Nintendo published title in its history, and its popularity seems to have carried over to Pocket Camp as revenue too has seen a slight comeback.

From March 20th to April 20th, 2020 revenue has jumped to $8 million, representing an increase of 111 per cent when compared to the three weeks prior. April revenue as a whole (up to the 20th) stands at $5.1 million but is still falling short of the $6.3 accumulated in March.

After years of experimenting on the platform, Nintendo finally managed to clear $1 billion in combined revenue on mobile this January.

More recently, the Switch maker launched a My Nintendo app on mobile for users in Japan.