Best-selling entry in series to date 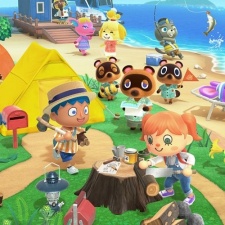 Animal Crossing: New Horizons has become the third-highest US launch game of any Nintendo published title in its history.

Call of Duty: Modern Warfare is the only game to outpace New Horizons, though it's worth noting that the latter is limited to the Nintendo Switch alone.

Launched on March 20th, New Horizons has also earned itself the title of the best-selling entry in the series since its inception in 2001. The success can be put down to a variety of reasons, such as the popularity of the Switch and the ongoing coronavirus pandemic.

Animal Crossing has however, historically always sold well and showed to be on the rise with New Leaf on the 3DS shifting an estimated 12.45 million copies in the US.

Hints that New Horizons had found major success was given after the game broke Switch sales records in Japan and the UK less than a week after release.

Meanwhile, Nintendo recently launched a My Nintendo app on mobile for users in Japan.