Nyamakop producer Limpho Moeti spoke about the importance of subversion 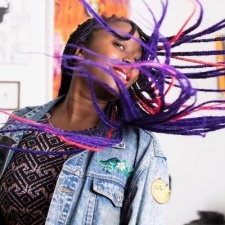 Subversion in video games is a hugely important trait and should be addressed more to surprise audiences so that more stories from different backgrounds are developed.

This was the message put forward by Nyamakop producer Limpho Moeti during her talk at PGC Helsinki Digital on 'Video Games as a Subversive Art'.

"The reason I think that subversion is important is that because inherently video games are empathy machines," Moeti explained.

"The reality is we live in a very fractious and dangerous time. We live in a time where it matters deeply whose stories get told - not just in pop culture, but specifically in games because it's only through these games can we really get people to empathise with those who are different from them."

Several games were spotlighted throughout the talk for being hugely subversive, such as Papers, Please, Pathological and Spec Ops: The Line. The latter of which was specifically highlighted with war games typically not dealing with real-world consequences.

"Video games very much push us to think and wonder and really experience what it's like to be others and that's vitally important," said Moeti.

"I always try to remind people that video games aren't just a genre, they are a medium," she added.

Nyamakop is an award-winning South African studio that was founded in 2015. The company launched Nyamakop in 2018, a puzzle platformer available on Nintendo Switch and PC.

Gameloft recently teamed up with MTN for a new subscription service in South Africa.

PGC Helsinki Digital: "It's not about working from home, it's about freedom of location," says former Sony director Shahid Ahmad